I cannot say exactly when or where I first began to realize that art would become my vocation. Growing up in Mirpurkhas, a remote area in Pakistan that does not have any conventional art activities associated with larger towns, I remember on my way to school seeing a sign painter that used to work in calligraphy and make portraits. Watching him at work motivated me to attempt calligraphy and make sketches on my schoolbooks.

Later, as an art student at the National College of Art, Lahore, I explored the various disciplines. In sculpture I found what I had been searching for all along. It helped me develop my senses and increased my awareness towards the world around me. I learnt to see and feel my surroundings in an entirely new way. I found my passion.

The human form for me is the most important phenomenon of the Universe. It is a major source of inspiration in my work. Additive processes like modeling and subtractive processes like carving behave in very different ways. I enjoy working in both mediums to reveal varied forms.
I find wood to be a sympathetic medium; its organic nature enhances my quest and continues it. My carvings in wood set out to explore numerous questions arising from the changing circumstances of my life. I have no conclusions, so my work speaks of the mysteries and ambiguities faced in this process.

When I look back on my work I find the main sources of inspiration are Humanity, Spiritual Belief, Politics and Human Beings, especially ordinary people. I call them `Ordinary Souls' and I am one of them so I endeavour to express their common sufferings, grief, and relationships on individual and collective levels. Exploring different Religions I examined spirituality, Sufism and the diversity of different sects. In politics I have addressed local and global issues and the war of propaganda that has been misleading us.

Once, after visiting my studio someone asked: "What motivates you to work?" I replied, most probably the urge for self expression; as a sensitive being I feel and experience inner and outer world impressions that I share through my work.

I pondered that question many times; what motivates you to work; and realized it is not as simplified as thought. I questioned myself: Do I truly work to express myself, or for fame and appreciation, or to prove how talented I am. The answer was accumulative of all, but the percentage of the first reason was highest by far.

So, if I work to express myself then what is my `self'? Who am I, where have I come from, why am I here, to where must I return? ...and my mind is in turmoil again To me inquiry is life and while it exists questioning is the essence of it if one is to keep moving and evolving. So much is happening out there that one cannot cease to question oneself... especially if you are an Artist.

1993 to1996 Bachelor degree of Fine Arts in Sculpture from National College of Arts Lahore Pakistan.

1990 to1992 Studied Design including Ceramics, Photography and Print making at  National College of Arts Lahore Pakistan.

December 2005 “The Art of Giving” Exhibition and auction London.

November 2005 Participated in two exhibition and auction for earthquake fund raising in
Islamabad.

1996 Awarded by the Faculty of NCA for stage Designing.

1998 to Date Teaching Sculpture at Indus Valley School of Art and Architecture Karachi.

Several projects of Sculptures and Paintings done for commercial and private sector.

Participated in a sculpture workshop at French Center Islamabad in collaboration with Egyptian
Embassy against terrorism.

Attended a workshop of pottery by local potters of Pakistan at CIAC Karachi.

Worked as a freelance stage designer for several commercial shows and Annual function of
National College of Arts.

Reviews by Quddus Mirzza & Mohsin Jaffery in The News.

Review by Bibi Gul in Gallery magazine of DAWN in January 2005.

“Speechless art” Review in The NEWS by Quddus Mirza 2005.

“Celebrating Ordinary souls” by Marjorie Hussain in Gallery magazine of DAWN in Aug 2004.

“Together in Prayer” Review in Friday times by Muna siddiqui

“Aura of spirituality” interview by Amra Ali in Gallery magazine of DAWN in Feb 2002.

“African Experience” by Marjorie Hussain in Gallery magazine of DAWN in Aug 2002.

“In Harmony with Nature” Review of the exhibition by Niilofer Farrukh in REVIEW magazine of
June 2000.

“In the studio with Abdul Jabbar Gull” An Article in SHE Magazine of June 2000 by Marjorie
Hussain.

“Sculpted Realities” by Shamim Akhter in MAG magazine of May 2000. 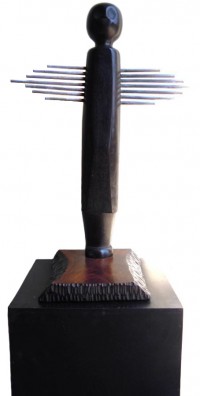 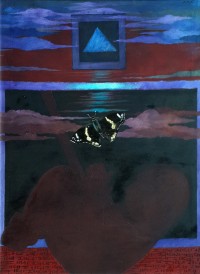