Mazher Qureshi , born and raised in Karachi and a graduate of The Karachi School of Art (1987-1991), has shown internationally, in America, Australia, Germany, UK, UAE, Saudi Arabia, Spain, Bahrain and India, to name a few countries. He seems perfectly capable of conceptualizing at sophisticated levels – he mentions, in a different context, imagining a way of being that could be referenced to ideas of territoriality in Structuralism. Even though he engages with the standpoint intuitively, he is able to articulate his thought process well enough to bring it to ample literality: space and time, as with Kant, are perceived by him in a movement of pure identity, an unfolding of the artist’s Self as he moves from one physical location to another, an extension and expansion from a small area to a larger, more encompassing territory, and then, in a natural reversal, retreats to its original state. This is, primarily, symbolic form in its fullness, and an existential production of the artist’s being-in-the-world. 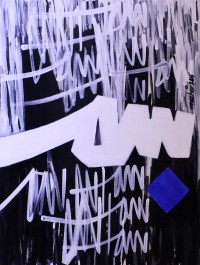 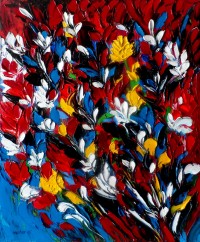 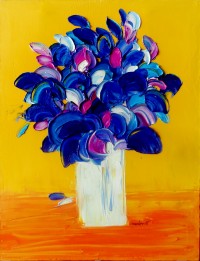