Xandria Noir is a critically acclaimed contemporary artist. Self-taught, she was named as one of Pakistan’s top 15 minimalist artists in December 2019 following her Moi et le Monde Imparfait exhibition in Islamabad.

Xandria has taken a number of commissions throughout her career, including leading private collectors in Europe, hotel chains and the Pakistani Navy. She works within several disciplines: photography, abstract art, film and mixed media. Each project is based on the in-depth exploration of one idea, executed with meticulous precision. Following an eight-year creative gap after 2005, her work moved to large scale canvases in 2013 emphasising bold black strokes in conjunction with bright colours. Soon her work evolved into minimalist art, reflecting a pursuit of peace from chronic emotional trauma.

Xandria’s current practice consists of minimalist paintings mainly in acrylic but sometimes result in installations, mixed media, photography and video art. In her work, light and lines of different dimensions freely inhabit weightless spaces. Whether articulated in painting, photograph, print or video, Xandria’s work attempts to create composite bodies that defy superficial boundaries. These works attempt to create composite forms that are seemingly alien, yet uncannily human; forms that repel and attract. The psychological boundaries of the body of her work are tied to temptation, sin, guilt, purification, and redemption.

Her practice constantly straddles the boundaries between analogue and digital, document versus art work, personal versus impersonal, video versus composed image and failure versus success in order to explore the dichotomies and contradictions at play.

Xandria’s style is characterized by a shift of high passion, spontaneity, and belief in freedom of expression through its meditative power. Her work encodes darkness and secrecy behind apparent serenity through minimalist expressions: she pairs ugliness with beauty, torment with comfort, anger with compliance and anguish with hope, with the ultimate aim of creating peace in the viewer’s mind. In most of her work, Xandria strives to achieve maximum effect with minimum means of expression. The abstraction in her work is the rhythm conveyed through interrelation of empty space and repetition of the same stroke under multiple layers. 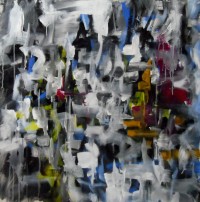 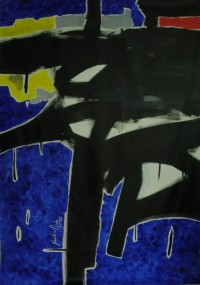 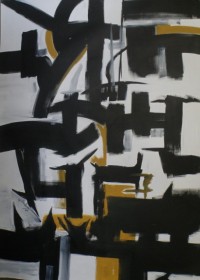 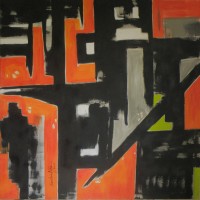 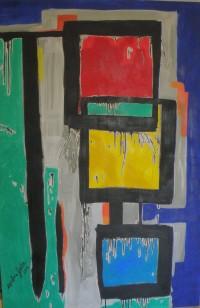 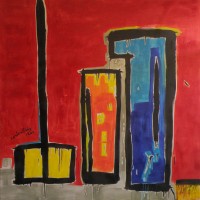 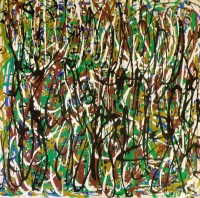